This took a little longer than usual to upload, sorry.

The daily prompt: Stylish made me want to write about the advantages of not having to go to the trouble of choosing what to wear from your wardrobe but seeing as that is not my forte, fashion, I decided to write about something that I am passionate about. Dancing and Films.

The film in question is Step Up Revolution, the fourth installment of the Step Up series. The film follows a young dancer Emily (Kathryn McCormick) in her journey to becoming a professional dancer. She meets and falls in love with Sean (Ryan Guzman), the leader of a dance crew called ‘The Mob.’ The conflict in the story rises when a wealthy businessman plans to develop the dancers’ historic neighborhood. Emily must team up with Sean and The Mob to turn their performance art into protest art.

The film is one of my favorite films of the genre mainly because of its attack on conformity and the message it sends: that dance, can inspire change too. That dance, is a stylish way of revolting and deviating from the norm. Throughout the film, the dancers showcase a lot of flash mobs in places where they feel their message will be properly heard and covered by the media. In the bus station, at the mall, in an art gallery, and in the very place their craft was born, their neighborhood.

Back when the film was first released, I did not know flash mobs even existed. Imagine my surprise when I searched it and a whole load of data bombarded my eyes. One flash mob after another; pillow fights, no pants day, silent protests, all these and more. I searched. I was eager to learn more about the craft, intrigued by how the film gave the impression that flash mobs needed to be taken seriously; that they are not just mere people assembling in a crowded place, unannounced but that it is more than that, entirely. Flash mobs, at least the flash mobs we have come to know and understand nowadays, first started in 2003. On the 17th of June 2003 to be exact; imagine my surprise! It happened on my seventh birthday! Haha. Apparently, emails from themobproject@yahoo.com circulated through the net detailing instructions about something. They were to gather at some place and perform a particular act, then disperse. The sender of this anonymous ‘viral’ instruction would later be revealed to be the former editor of Harper’s Magazine, Bill Wasik. In an interview, he said he created the experiment “as a stunt that would satirize scenester-y gatherings.” That being said, he pointed out that was merely an experiment showcasing a live meme that people will gather just to be a part of the next big thing. Over the years, Bill orchestrated a total of eight flash mobs. Obviously, a lot of issues were raised. Huffington Post even raised a question as to whether the media had been a part of ‘blowing things up.’ Flash mobs were banned in certain places, like Germany, because of the mandatory rule that permits needed to be issued if certain public spaces were to be occupied for certain ‘unexpected’ shows. 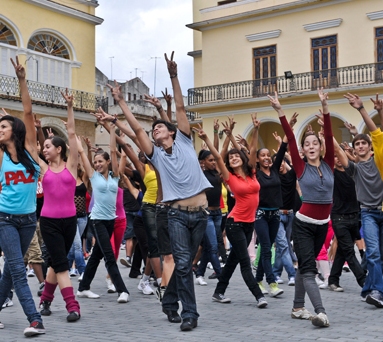 13 years later, flash mobs still are rampant. But now, it has taken a liking to not only the apolitical kind, there are now flash mobs that are about many political reasons. Think of them as rallies, but it in a stylish way – a ‘Surprise!’ and ‘Bye!’ kind  of stylish way.

This continuance of flash mobs even after all these years and even after its creator stopped it at the height of its popularity, exemplifies the fact that these new styles of performances are more than some meaningless works of art, an “empty meditation on emptiness’ if Bill were to say. Whether used to honor the death of an icon like Michael Jackson or Elvis Presley, or to celebrate a particular subculture, flash mobs have survived over the years and will still continue to exist. The sheer mix of it all and the delight it brings to its witnesses, speaks to their power as a means for communication.

The wide, worldwide, acceptance of flash mobs point towards an intriguing and equally fascinating trail. It leads to an open possibility of fusion between performance, culture, and technology. This trendiness that started apolitically has found its way to a political nature and the film Step Up Revolution did it justice.

The next time you witness a flash mob, see it for what it is, and not just people gathering for ‘the next big thing.’ They worked hard for their revolt. We might as well give them more than applause for their stylish revolution. 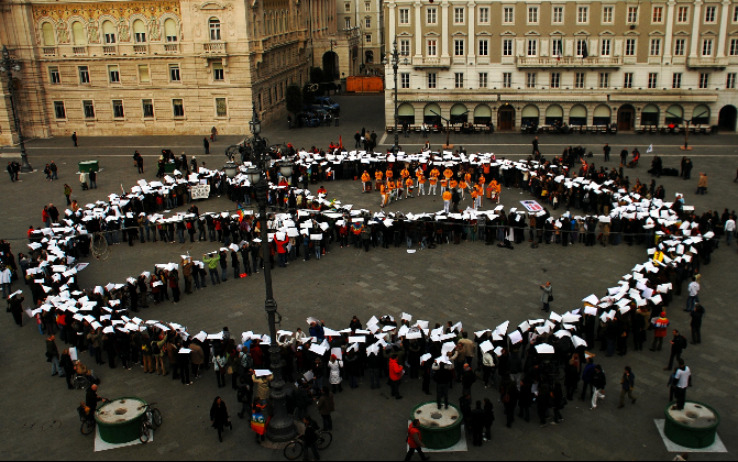